Marvel Comics makes a big reveal in Star Wars #6 that changes the story for a major character! 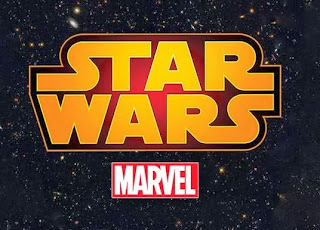 In a surprise move, Marvel Comics has rocked the Star Wars universe today with a game changing reveal for one of the franchises major characters!

Star Wars #6 hit comic store shelves today and it had a very big reveal for the character Han Solo. (The big thing to remember here is that Marvel's Star Wars comics are officially canon to the film universe!) Han Solo is loved by millions of Star Wars fans and his budding relationship with Princess Leia is argulably one of the best parts of the original trilogy. However, it seems that there is more to this story than we knew.  Star Wars #6 has just created a new plot point for Han Solo that changes his backstory in the films and could have consequences for his relationships with other characters.

Look inside the full article to see the big reveal from Marvel Comics! But be warned of spoilers!

Below you can take a look at the page from Star Wars #6 that reveals that Han Solo's past has caught up with him.
*Open image in a new window for the largest view. 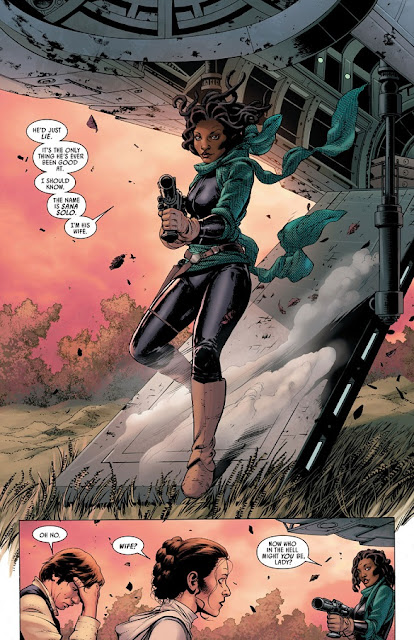 WHAT?! Han Solo is married? Well he is now! Ladies and gentlemen, meet Sana Solo, Han Solo's wife! (Han doesn't look too happy to see her.) It is pointed out by io9 that this comic is taking place after the first Death Star is destroyed and after the events of Star Wars: A New Hope. This means that throughout the first film that Han was married and could be married for part of Star Wars: The Empire Strikes Back (or more?). I am sure that Marvel will work in how this affects Han and Leia's relationship and it'll be a great read. It'll be very interesting to learn more about Sana and see how long Han stays married to her after this comic. Does he get a divorce? Does Sana die tragically? Will Sana survive to make a cameo in Star Wars: The Force Awakens or another Star Wars film? This reveal came at the end of the issue so there are not answers yet but there are so many questions now.

Popular posts from this blog

First teaser trailer for Ghostbusters 3 reunites fans with the Ecto-1! 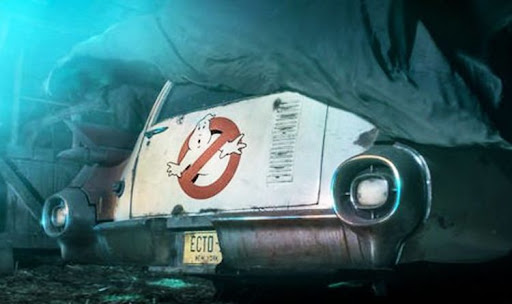 Wow! Just yesterday it was announced that Jason Reitman would be directing Ghostbusters 3, a new Ghostbusters film set in the original Ghostbusters universe from the first two films. Just 24 hours later Reitman has delivered a teaser trailer to all the fans out there.

While using music from the original 1984 film, this trailer teases someone working on a proton pack and reunites fans with the original Ecto-1. It also reveals that the film is set to be released in the summer of 2020!

Jason Reitman had tweeted the trailer with the Ray Stantz quote, "Everybody can relax, I found the car." Actor Dan Aykroyd then responded with the following tweet.

If you need a tune-up, you know who to call #GB20https://t.co/qh0byw7MYAhttps://t.co/cxEwPTwehw — Dan Aykroyd (@dan_aykroyd) January 16, 2019
This doesn't confirm Aykroyd's involvement but considering he has been behind a third film since the release of the second, I'd imagine that he is on board once they ask him. 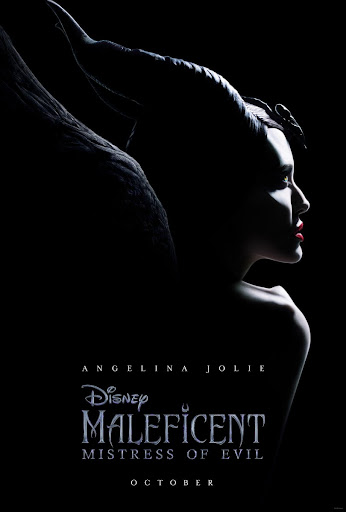 
To be honest, I was not a fan of the first film at all. I know a lot of people out there liked it but they changed the character of Maleficent too much and trying to twist her story to make her a hero was just too much of a stretch for me. Maleficent is supposed to be pure evil and that's not what was delivered. However, if you are looking forward to this sequel, I hope you enjoy it!

Maleficent: Mistress of Evil will be in theaters on October 18, 2019.

Shazam experiments with his new superhero abilities in the second trailer for Shazam!. 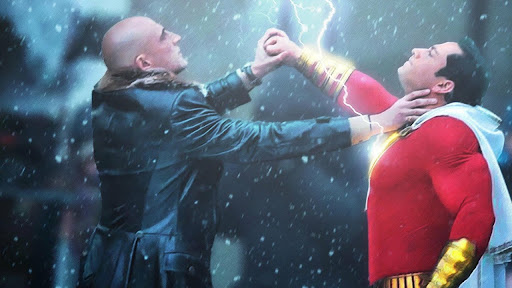 Warner Bros. released a new trailer for DC’s Shazam! today and it is filled some amazing, new footage that is sure to excite fans. This new trailer shows off Shazam (Zachary Levi) experimenting with his new abilities as well as going toe to toe with the villainous Dr. Thaddeus Sivana (Mark Strong). Also, watch closely for a cameo from a Justice League member during a fight clip.

CubedLink
I created this blog to share my fandoms with others and talk about the things that I am passionate about. I love all things geek and sports alike. Follow me on Twitter and Instagram @CubedLink